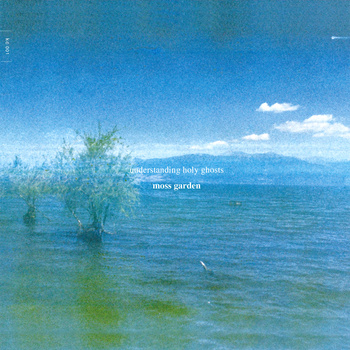 “Who is Lee Norris and why he is cool” could be the subject of a separate biographical article. In mid-nineties his first records under the name Metamatics came out on Clear, an influential but now almost forgotten label, whose roster included artists like Plaid, Mike Paradinas, Mathew Herbert and Gescom. Later in 2000 Lee started his own Neo Ouija label that soon became an important player on European electronic scene. As a musician Norris kept exploring various genres under different aliases: he produced IDM as Metamatics, light and gentle techno as Norken and somber glitch-ambient as Nacht Plank. In 2005 Lee disappeared from radars, but this was not retirement, only a long vacation. They started talking about him again in 2012 after the release of remarkable “Autumn of Communion” album (a duet with Mick Chillage) on FAX label. But that record was only the top of the iceberg. These days Lee is an ambient enthusiast; he started a tiny label …txt recordings and announced several more collaborative albums. One of these projects is Moss Garden where Lee teams up with Macedonian Dimitar Dodovski.

Despite an illusive peaceful feel you could expect from an ambient record, “Understanding Holy Ghosts” turns out to be an uneasy and nervous album. Compared to other Norris’s projects, Moss Garden is more like Nacht Plank than Autumn of Communion. The opening track “No Prayers for the Mosquito” starts with a section without any references to time when the music was made. These muffled strings could have come from a Brian Eno or Michael Stearns’s record made 30 years ago. But three minutes later an obstinate arrhythmic glitch (a trick from repertoire of Oval or 12k alumni) breaks the calm. In «Overlooking Oceans» symphonic idyll is disturbed by scattered dub-techno chords, filtered and suppressed but still quite audible.

By the third track “Understanding Holy Ghosts” is “dub-techno on PCP” all the way. No dub or techno actually, but the timbres and harmonies come from that genre, like a jigsaw puzzle assembled in a wrong but peculiar way. This is not crystal clear ambience from the 90s but a coarse-grained sound texture with lots of dirt and all kinds of artifacts. The most surprising ingredient in this collage is deconstructed Gershwin. At least the three piano notes coming out of the smoke screen in “Ritual Solitaire” clearly remind of “Summertime” intro. Dub takes its powers on “Structures Of Patience” (a parallel with Loscil’s “Sketches From New Brighton”, same sonically blurred and emotionally restless record, comes to mind). But the ending is not what you could expect. The closing title “The Fabric Of Sentinel” is a flashback from the glorious 90s. No dub, no tension and the only element of distortion you can hear is the tape hiss. Peace, harmony and distant flute with a nearly new age feel. It could have been a lost outtake from B-Zet's “Archaic Modulation” CD.