Tympanik Audio — the flagship of the American post-industrial electronic scene 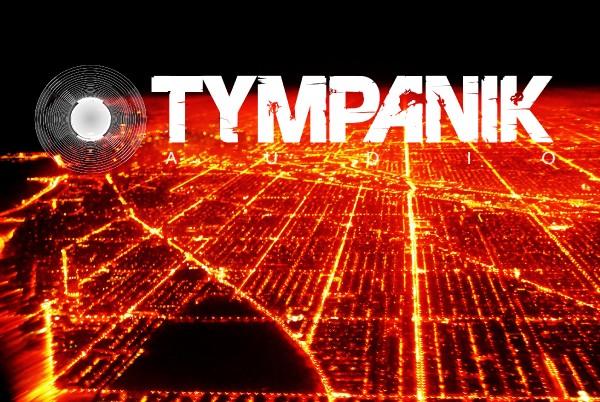 First of all, Paul, I want to greet you. Your label Tympanik Audio in the past year has produced a lot of music of the highest quality. What do you think is the key to success in the music publishing?

Greetings to you. Thank you for your compliment. To answer your question: I think there are many factors involved in the success of music publishing but the quality of the output is probably the most important. To start is a matter of finding an artist who has produced an album of exceptional material, or being fortunate enough for such an artist to find us. Once the finished CD product is prepared and ready to be released it’s just a matter of convincing people to listen to it. We do this through web-based promotions and printed promotional materials, proper distribution, cooperation between the artist and his label, good communication with DJs, magazines, distributors, and of course, our loyal listeners. It’s a pain-staking process to orchestrate this every time we release a CD, especially when we’re working with a virtually unknown artist, but it is undoubtably rewarding nevertheless.

Tell me, Paul, what forced you to be engaged in this kind of musical activity?

I have been an electronic music fan (atic) for well over 20 years now and have always desired to share my musical findings with friends, family, and anyone who would listen really. I would always make mix tapes and compilation CDrs for people so I could spread my music obsession and turn on new people to the music I found interesting. Back in the late 1990s I started publishing my own webzine called “Purist Online” where I, and a handful of other writers, would post music reviews and artist interviews. Around the same time I became interested in DJing as a way to further spread the good word about all the music I was discovering. This lead to my own radio programs on a local college radio station here in Chicago (WNUR 89.3FM); first “Perfect Dark”, which dealt with more IDM and Ambient styled electronic music, and then “Hidden Forms” which focuses more on Industrial, Technoid, Rhythmic Noise, and Dark Ambient. In late 2007 I began cultivating the idea to release a CDr compilation to promote “Hidden Forms” and some of the artists we played regularly on our program. A friend of mine suggested I used the compilation idea to launch a record label and I eventually agreed with that notion. With the release of our first compilation “Emerging Organisms”, Tympanik Audio was born.

Who are Tympanik Audio? It is big collective works?

Tympanik Audio is run mainly by myself, along with a generous support staff consisting of my good friend Shannon Malik who handles our promotions, Mike Slansky (Unterm Rad) and Alex Stilts (Atomatik13) our audio engineers, our graphic artists Justin Brink (Pneumatic Detach) and Kostas K. (Subheim) , and our webmaster Jairus Khan (Ad.ver.sary) . Of course there are many others (too many to name here) that have helped the label along the way. Our artists also play a big role in the operation of Tympanik Audio as well, not just with their music, but their devotion and dedication to what the label is trying to accomplish. We like to think of our label as a family, with everyone contributing and supporting our mission to bring new and innovative music to the ears of our listeners.

In the list of your residents quite a few new names such as Integral, Tapage, Broken Fabiola, and very soon will be the first release Access To Arasaka. How do you find the “young talents”?

Well some of our “young talents” find us actually. We receive a lot of demos, most of which aren’t very good unfortunately, but every once in a while we will receive one that is truly exceptional and worth close attention. Take for instance Tapage, who I had never heard of before receiving his demo CD. I think it was 2 or 3 months before I actually got around to listening to it and although his CD seemed a bit strange at first, I found myself going back to it again and again and was ultimately captivated by his sound. This was a good sign that Tapage had something unique and special to offer the label and now has become one of my favorite Tympanik artists. With Integral, I had heard a track by them on a netlabel compilation and really liked their style, so I made contact with an offer to release an album. Broken Fabiola, which I had heard of from previous compilation appearances, sent me their completed album and very quickly an agreement was made to release it. I was introduced to Access To Arasaka by Kostas of Spectraliquid with the idea of co-releasing an album by this artist. After listening to just a few songs by Access To Arasaka, I was thoroughly convinced that he had the perfect sound that I wanted to represent through Tympanik Audio. So, with all that said, it’s usually the talent that finds us which proves to be the most interesting for myself and the label. This is really what Tympanik Audio is about: to showcase unknown, yet talented electronic artists to our audience.

Do you somehow influence creative process of artists or completely give him to himself?

I don’t like to influence any of our artist’s creative process, nor would ever think to do so. I love each of our artist’s music for what it is; that’s why I release it on Tympanik Audio. I may make minor suggestions about an album’s track-order, artwork, or even remix contributions, but ultimately it is the artist’s decision as to how he wants his work represented through the label.

What do you think about one more representative of an alternative electronic scene of USA: the label n5MD?

I have loved n5MD since it’s inception back in 2000. I was a big fan of the minidisc when the label came into existence so for a n5MD to release such fantastic music on this type of media format was truly captivating to me. n5MD is stylish and consistent with their output, even after all these years, and certainly an inspiration for Tympanik Audio.

Genre orientation of Tympanik Audio for many people causes association with Ant-Zen and sublabel Hymen. Do you agree with this comparison or do you think the music you are releasing is of another sort?

I have heard this comparasion many times and I’ll admit it is flattering since Ant-Zen, and especially Hymen, are among my favourite electronic music labels. With that said, I certainly do not want Tympanik Audio to be known as a Hymen clone. I feel that Hymen and Tympanik Audio share similar musical aesthetics, and even tend to crossover with our respective artists from time to time, but I like to think that our label is a bit more diverse stylistically with our musical output, perhaps a loose blend of the styles that Hymen and Ant-Zen tend to release. I have a lot of respect for Stefan Alt and what he has accomplished with his labels. He is a true artist and a visionary. I can only hope Tympanik will arrive at such prestigious levels someday and still be regarded with an air of originality on its own. Tympanik Audio will continue to follow its own path and whether that draws parallels to another label’s work is purely unintentional.

Paul, what music do you listen to by labels besides that which you publish?

Well, as it seems I am constantly previewing demos, audio masters, and our artist’s remixes for the label, I do not have much time for other music these days unfortunately, but I try to seek out new sounds where I can. The current labels I usually try to keep up with are Hymen / Ant-Zen of course, n5MD, Spectraliquid, Audiotrauma, Merck, Spectre, Ad Noiseam, Hands, Morr Music, Neo Ouija, Sending Orbs, Plastic Sound Supply, Skam, and a few others. I rarely seek out new music these days simply because of time constraints, but I still manage to find good music through promos I receive for our radio program, writing reviews for Connexion Bizarre, and of course the label.

What artists who you haven’t been issued, would you like to see on Tympanik Audio?

Haha. Are you asking me to provide my Tympanik artist wishlist? Well, I would love to release something by Hecq – that man can take a sample of a fart and make it sound good. I have been a long-time fan of Daniel Myer’s work as well so releasing a project by him would be wonderful. Kattoo is another of my all-time favourites. His album “Megrim” is just about as perfect as an electronic album can get in my opinion. OTX, Lights Out Asia, Deru, Talvekoidik, Dryft, Kilowatts, Empusae, Flaque (which will hopefully see the light of day on Tympanik this year), Proem, Bola, Lusine icl, S:cage – the list goes on and on. However, I count myself fortunate to already have some of my favourite artists on the Tympanik Audio roster such as Flint Glass, Autoclav1.1, Zentriert ins Antlitz, Pneumatic Detach, Displacer, Totakeke, Stendeck and others. I have been a great admirer of these artists for many years so it is a dream come true for me to have had the opportunity to work with each of them on a release for Tympanik. It is equally fantastic for me to work with newer artists such as Tapage, Aphorism, Lucidstatic, Ad.ver.sary, Subheim, and the rest of our roster. These new talents are showing us important new directions in electronic music innovation.

What are your future plans? Will you create sublabels or sell music online, as did Mike Cadoo, creating En:peg Digital?

There was talk of starting Tympanik Digital as a netlabel, but unfortunately I just don’t have time to maintain something like that. Same goes with a sublabel. I’m planning to take Tympanik Audio in a slightly new direction stylistically with our releases this year, with more emphasis on dark IDM and Technoid material, while at the same time steering away from the more Industrial aural aesthetic. I have thought about starting a sublabel to manage the diversity of our releases into more defined entities, but then again, it’s just that sort of diversity that makes Tympanik Audio unique in my opinion. It is a struggle keeping up with the maintence of one label, let alone two. Perhaps we will branch out in this direction next year. For now we will focus on polishing the Tympanik sound and image while searching for new and innovative sounds.

Paul, you have a unique opportunity to say a few words to Russian music lovers

I have always had a fond place in my heart for Russian electronic music lovers. You seem to me very dedicated to the global electronic sound and I can certainly respect you all for that. Some of my favorite electronic music comes from Russia: Sleepy Town Manufacure, Ambidextrous, Stuzha, Fizzarum, Aa1, EU, Vesna, Novel 23, just to name a few.

Well thanks for paying attention to time, wish you and your team for success and prosperity in your work. We wait from you new releases.

Many thanks to you and your readers for your interest in Tympanik Audio and your continued support. You are all a part of the Tympanik Audio family. The best is yet to come…