Music of the heart. Interview with Yagya 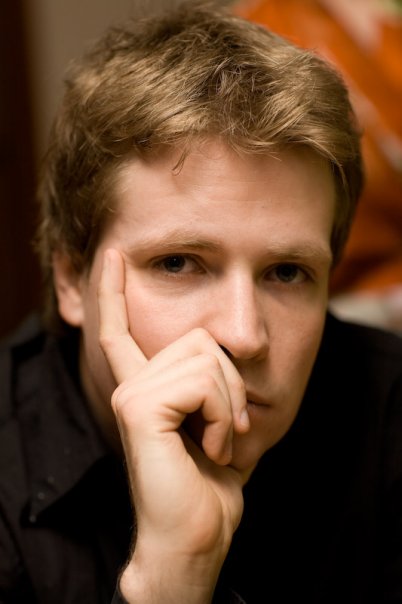 Each your album contains your just ten tracks. It's your favorite number?

My favorite number is nine actually! But I’ve also noticed this trend of mine so i just decided to make a thing out of it. But there isn’t any deeper meaning to this, just a coincident.

Tell us about your new album, what ideas you have put into it? Is there a specific background behind the album?

When I was working on WIDDTP I started to get really into singer-songwriter music and alternative pop (Elliott Smith, Mazzy Star, Hope Sandoval, Gemma Hayes, and others) and wanted to try my luck with vocals and more traditional songwriting. I’ve made some experiments over the years, it never quite worked out like I hoped, But after Rigning I decided it was now or never. Plus I had no interest in playing it safe and do another Rigning. I didn’t know how to do it or how it would turn out, but i just kept working on it until I felt like it was done. Combining my dreamy electronic soundscapes with traditional vocals and intimate lyrics isn’t exactly common. Usually in dub techno there are repetitive lyrics about superficial things with lots of tape delay, but I wasn’t interested in that, so I decided just to risk it.  Like Elliott Smith once said: “Playing things too safe is the most popular way to fail.”

Why did you decide to add a release an instrumental version? Do youdoubt that people likes your experiments?

At first there wasn’t any plan to release an instrumental version, but Kilk Records wanted to have a few bonus tracks for the Japanese market.  So instead of adding them to the end of the vocal album, we decided to add a bonus CD and in the end we included all tracks without vocals (even the tracks without vocals) just to make it a little more interesting, and I got a second mastering engineer (Rashad Becker) to give it it’s own sonic character.  But it turned out that Kilk could sell it also outside of Japan, So Kilk Records made a deal with Darla to distribute this version and thus the instrumental version became a part of the official release.  I know that the vocals will not be embraced by everyone, people have different tastes in music and all that, but I think the instrumental versions should first and foremost be viewed as a bonus.  I never thought I would release the instrumental versions when I was making this, and some of the tracks clearly lack vocals in my opinion.

From album to album it’s clearly seen that your beat become moreheavier. Rhythm Of Snow is almost ambient, and the Inescapable Decay Of My Heart is possible to include it on the dance floor. What do you think about this?

Yeah I guess I’ve used heavier beats on the latest album, but I think Rigning is pretty mellow and also few tracks on WIDDTP.  I personally like more upbeat stuff right now, but I plan to do some heavy introspective music in the near future. When I was younger I was more into spirituality and meditation, and thus made more relaxing music, but now I’m more into earthly life, interacting with people, falling in love, getting hurt, being a father, paying bills and working in my day job. Actually, I wouldn’t mind going back into spirituality, maybe I’ll do that someday.

Do you relate yourself to the dubtechno scene and what your thoughts about this music is so much hype?

I don’t often listen to dub techno, but I certainly appreciate it when I hear good dub techno and I enjoy creating it. But I don’t want to define Yagya too much as genres can be limiting.  I had no idea that dub techno is being hyped, it isn’t hyped here in Iceland I think.

What music are you listening to lately?

“Voices from the Lake”, and “Dive” by Tycho.  Really nice stuff.  I don’t have much interest in hearing every release out there, I’m more interested in listening to one album repeatetly, so that the music becomes more personal to me.  I’m so happy when I find an album that has that quality. But sometimes I try to catch up on music, in the hope I will find new music that i can listen to the next few months. I find all kinds of music very fascinating, and often I’m curious about different genres and how music made (technically and emotionally) and what makes it tick.  The technical aspects of music is lots of fun, but how strongly and in what way music affects us is much more important to me personally.  I’d really like to understand that better.

On your Discogs page says that you have studied computer science at the University of Iceland. Is there reflection of this knowledge in your music?

No, not really. I like computers, programming and technology, but the most important thing in my music is emotions and soundscapes and that has little to do with computers. But I guess it helps to be tech-savvy when troubleshooting audio programs and hardware.

After 10 years how are you looking at your first album released under Yagya moniker? If it were possible would you have changed anything?

I would probably try to mix it a little better, but the mastering fixed a lot of those problems.  Maybe there are parts here and there that I would do differently today, but the album reflects what I was thinking at the time so it’s all good.

Many artists use their skills to the business. For example, Hecq, writes music for commercials and films, Mike Wells of Gridlock opened a studio mastering, etc. Do you plan to do it too, or music brings money to you already?

No I don’t want to mix money and music too much. I think if I tried to pay my bills with music work then I’d start to compromise quality and the deep, delicate emotions will probably be the first to go. They always take the longest to get right and they aren’t exactly cost efficient.  I really like to take my time creating my albums and I don’t want to be dependent on releasing them on time to pay bills. Other people might work differently and that is fine. The money I have gotten from music I’ve spent on gear to make more music. But I’m always a bit sad that I can’t spend more time on my music.

Thanks for the interview. Maybe you have a few words for us at last?

Thanks for your interest.  I will do my best to create more music for me and you in the future.  And if the future me is reading this please remember that the way to make good music is to feel it in your heart, not your head. I might forget that someday.