Kostas Subheim: «I'm changing and so does my music» 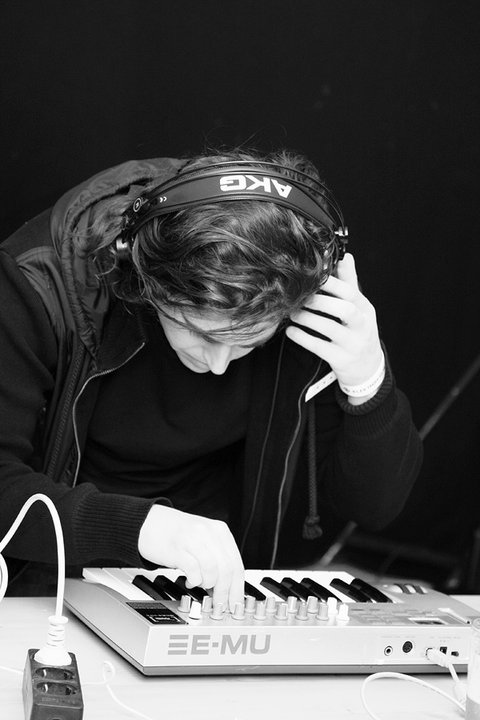 Hello Kostas, two years have passed since the release of your debut album, «Approach». Probably a lot has changed in your life, are these changes found some reflection in your new record?

There have been changes for sure, however most of them had to do with following my own dreams at a faster and more focused pace. While always trying to put as much of myself as possible into music, this being my favorite way of expressing deeper feelings and thoughts, it is very reasonable for all those influences to appear in my music work. It would be impossible for me to write a new album that would sound exactly like 'Approach'. I'm changing and so does my music.

«No Land Called Home» turned out very epic and ambitious. Tell us what you're inspired to create it. Why is the album turned out exactly like this?

An innocent child was shot dead by a policeman in December of 2008. An entire country was mourning, a country that had (and has) suffered a lot. Back then, it was impossible to organize my thoughts, the feelings of agony, grief and anger were too strong to handle. Only a few months later, I was able to see and revisit things from a calmer and more distant point of view. It was then when I could finally grasp these moments and arrange them into melodies. The track 'December' is the first that was composed for this album and probably the most intense. As for the record in its entirety, although all the tracks are quite different to each other, there is a main concept behind the title 'No Land Called Home': that we belong nowhere and that there is no land in which man can be free. We are part of this world, like small ants in the ravaged and aged tree of life. While there is no obvious political concept behind the album, there is a strong relation to worldwide terrorism, secret international deals, economic warfare and human rights infringement in every horrible and devastating way. Those thoughts are continuously on rotation in my head and therefore have significantly influenced my way of composing for this album. Every track has a different story to tell, a sad one in each case. 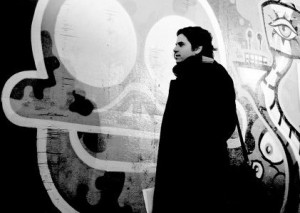 The album seemed to me with a touch of gothic, why did you use tribal drums and ethereal vocals?

I have never felt close to gothic in the way I'm approaching music. I'd say that most of the vocals have an ethnic/world music touch, following my focus on blending electronic music with traditional instruments of the world. 'The Veil' is obviously an exception in that, featuring the charming voice of Timothy Gregory and narrating a different kind of story, however without moving away from the overall aesthetic portrayed in this record. As a follow-up to my previous answer, the main reason why elements so different to each other were mixed together was to create a mixture of sources of different origin and timbre. Instruments like the Gu-Zheng, the doumbek or the middle eastern string sections along with the use of trumpets, cellos, violins and orchestral ensembles were all used with caution in an attempt to combine all the soundscapes I have a particular interest in, regardless of their historical descent and traditional use.

I never really saw myself as an artist that belongs somewhere. Paul is an amazing person, a good friend and runs his label extremely well. I couldn't be happier for what he's done in order to promote my first record and I'm glad that Tympanik is constantly gaining new fans. My main concern was that Tympanik is based in the US and it's true that most of the sales for 'Approach' took place overseas rather than within EU grounds. I wanted to see how releasing music on european ground would lead to even more listeners and, possibly, more live shows. Ad Noiseam has always been one of my personal favorites and happens to have a great history, having released outstanding albums throughout the years, so I'm happy with this decision.

In the teaser can be seen as you use different tools to record an album. Tell us what you had setup?

Even though there is a strong acoustic presence throughout the album, the majority of sound sources is electronic. I used a powerful computer, a good pair of studio monitors and several microphones for acoustic instruments and field recording. For the recording part, we mainly used violins, cellos, acoustic and electric guitars, various percussive elements (from a regular drumset and cymbals to oil drums and various metallic or wooden surfaces) as well as all sorts of weird combinations with stuff like cello bows and non-musical objects. Some of the more ethnic sounds were actually live recordings of the original instruments, such as the clarinet on 'Dunes'.

Tell me how you started making music?

Being a metalhead from a very young age, I decided that I wanted to be a drummer when I was at the age of thirteen. I quickly abandoned the idea as I'd have nowhere to practice so I started taking guitar lessons. I could barely strum an E chord without a mistake and I already wanted to compose my own music. A couple of months later, I was struggling to play Nevermore guitar riffs, who were my heroes at the time (they still are I guess). Realizing that sticking to one instrument alone wasn't fascinating anymore, I made my first steps into writing and mixing electronic elements and arranging my ideas through computers. The rest is history. Sadly, I never managed to play those Nevermore riffs.

I know that Katja also a member of the group, how did you meet?

We both went to the same university back in Greece and that's were we originally met. Shortly after, I realized she would add so much to the project I had just started a few years ago and which was closer to shoegaze/post-rock rather than electronic music, that I asked her to record some vocals for me. With the music evolving to where Subheim stands at the moment, Katja gained a lead role within the project and without her invaluable contribution, nothing would be the same. She is also my partner in life, so there's even more to share except from our common view on music and sound travelling. I am a happy man.

It is a pity that Spectraliquidnow defunct, it gave us some very interesting names. Is it possible that someday you will again delight with new releases?

For the moment, I'd say no. Well, not until I have the money, will and time to run a project like this again and be able to provide the artists involved with a powerful platform for distributing and promoting their work. On those conditions, I might. This sounds very distant to me right now though.

What can you say about the Greek electronic music scene?

There are some great producers and composers who, unfortunately, have not yet received the recognition they deserve. I'm guessing that the main reason is the fact that club owners, event promoters, magazines, media and, generally speaking, people involved in promoting music in Greece, have no interest in smaller acts, as interesting and original as those might be. This is a rather frustrating ascertainment and it explains much about why many Greek artists with great potential have been deeply discouraged and have eventually abandoned music.

In your mix for Headphone Commute latest sounds from the track Mobthrow. I remember his ep in the series Mutant Dubstep. Does Angelos plan to produce full-length album, and when?

This track is my personal favorite from his upcoming album, which is also coming on Ad Noiseam later this year or early 2011. I shouldn't be revealing much but, judging from what I have heard so far, this will definitely be a true eargasm. Angelos is a very methodical as well as eruptive musician that can successfully write exquisite songs, therefore his first full-length album will be a much talked-about record, in my opinion.

In one interview I read that you took at the University of Crete?Tell me please about your education?

I studied in the island of Samos at the University of the Aegean for about 7 years. I completed a BSc and MSc degree in Information Technology and I am currently doing a sound art masters in London.

What do you need that Subheim able to play in Russia?

I'm impatient about a performance when the audience appears enthusiastic about it as well. I know that people in Russia are very warm towards experimental music and really know how to have a good time at live shows, so I'd beglad if I could play a show for them one day.